The second exhibition at the Toyo Ito Museum of Architecture, Imabari, which opened in July 2011, focuses on the projects that were undertaken by Toyo Ito & Associates, Architects immediately after the earthquake and explores the future of architecture. Exhibited in the entrance hall, ‘Minna no Mori’ Gifu Media Cosmos (first term: July – December 2012) and the National Taiwan University College of Social Sciences (School Building and Library) (second term: January – June 2013) are experimental projects that explore the relationship between architecture and nature. They both provide an answer to using natural energy and energy saving, which are issues that are being addressed by the entire architectural community. The final exhibition space in the salon shows the current condition of the Home-for-All project which is developing throughout the Tohoku region, including Miyagino Ward in Sendai and the shopping street in Kamaishi. 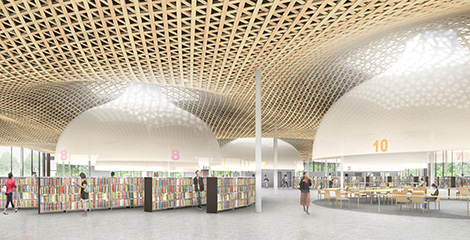 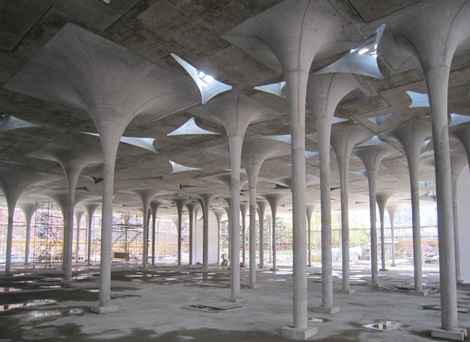