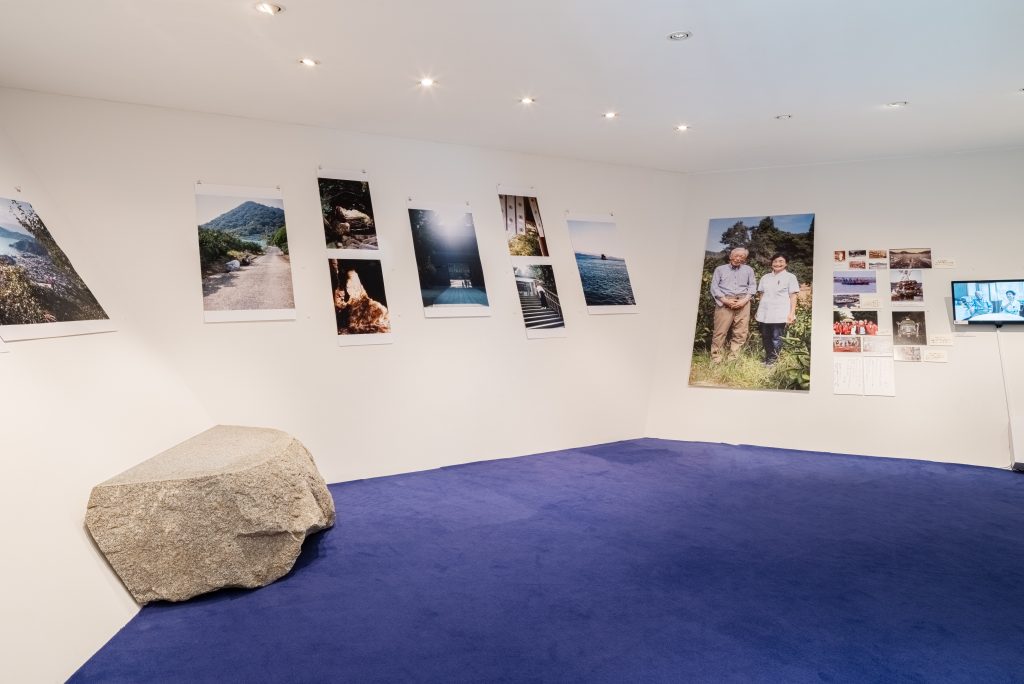 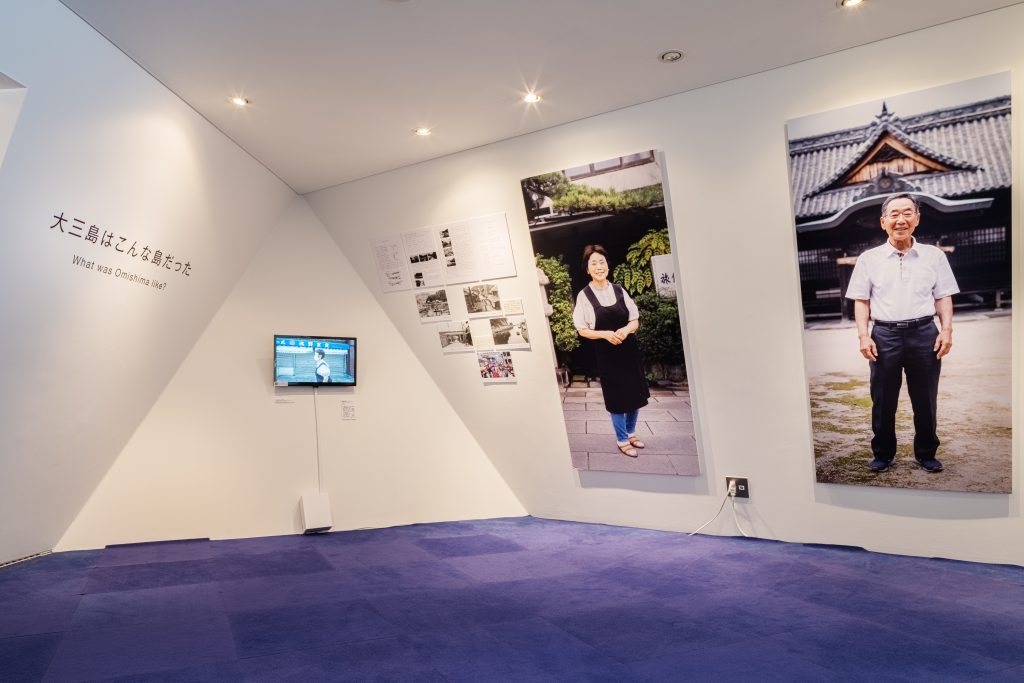 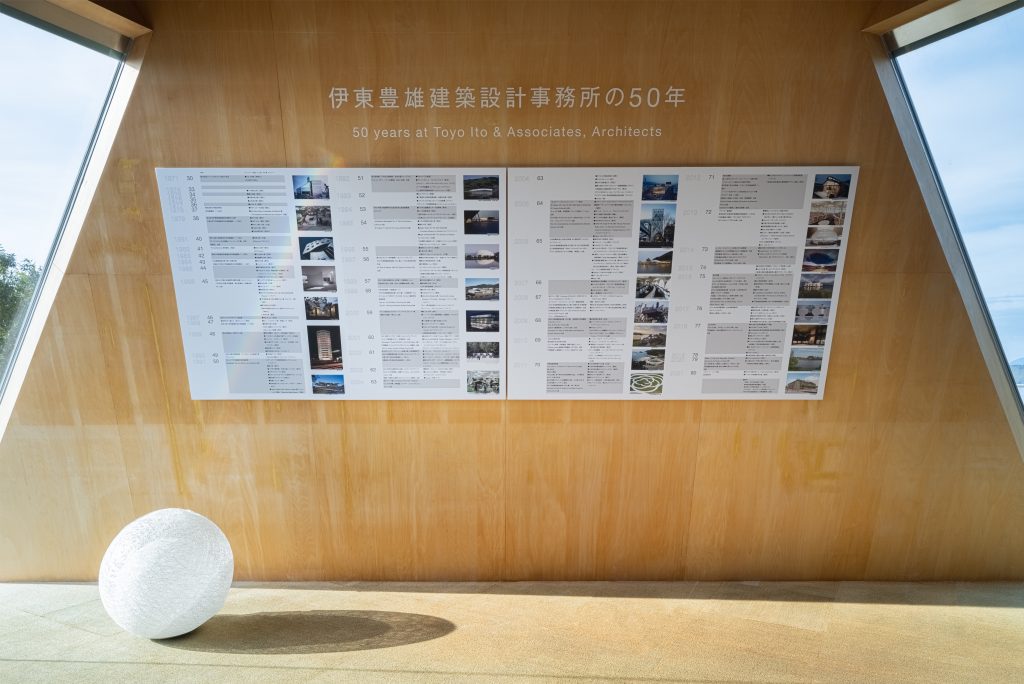 This year, it has been 50 years since the establishment of my office, and 10 years since I started going to Omishima with the students from my architecture school that has only began relatively recently. It has been a year of milestones.

In terms of my design practice at my office, I have always wanted to change architecture, especially public architecture during this time. The reason for this is because I believe that public buildings in Japan are not designed to be enjoyable and comfortable for their users, but instead, the priority is given to the ease of management.

During the past 10 years, I have been travelling frequently to Omishima, an island in the Seto Inland Sea area. One of the reasons is because Imabari City had kindly gave me the opportunity to build my own architectural museum on the island, but it is also because I wanted to keep a certain distance from my regular design practice in order to reflect on myself.

Every time I visit Omishima, my heart is softened. Omishima is a place of peace and tranquillity.

But despite the beautiful landscape, the population in the island is continuing to decline every year. Furthermore, half of the population consists of elderly people who are over 65 years old. If left on its own, the island will certainly become a marginal settlement in the near future.

When we visited the island with young students from my private school, we were initially determined to revive the depopulated island with the slogan “Transforming Omishima into the most livable island in Japan”. However, in the past 10 years, although the number of young immigrants has been gradually increasing, the island itself has hardly changed at all.

Our activities during this time were rather limited. We began by renting and renovating an abandoned house facing the deserted approach to Oyamazumi Shrine, and turning it into Home-for-All on Omishima⁠ as a meeting place for the islanders. Young people who moved to the island worked very hard while they ran a café and initiated different activities there, but it was not an easy task to gather elderly people who live on the island. This spring, Home-for-All on Omishima was forced to temporarily close due to the effects of COVID-19.

The elderly people on the island say, “You don’t have to do anything new, we are quite happy as we are”. These words ring profoundly to me.

These people are happy to stay the same. I wonder if there is such a thing as happiness in staying the same. The reason why my heart soothes when I visit this island—is it because its beautiful landscape has always been preserved and remained unchanged?

For the past 50 years, I had indulged in the happiness to have been able to continue making architecture. But when I came to this island, I was confused to hear that there is such a thing as happiness in not creating.

I am now working with young people who have moved to the island to make wine. Omishima is known as the island of mikan (mandarin oranges), but due to ageing population, there is a lot of abandoned land here and there. A few years ago, we converted these farmlands into vineyards and started making wine. As a result of the hard work of these young people, the grape harvest is increasing every year, and we will be able to produce about 10,000 bottles of wine, including citrus wine this year. The year before last, a temporary building that was originally built in a parking area on the Shimanami Kaido was acquired and relocated to create a brewery. We are now producing wine that is truly local and authentic to Omishima. The quality of the wine is also improving year by year.

The joy of tasting a new wine at the end of the year or at the beginning of the following year is a different kind of happiness compared to the joy of completing a new building. The happiness of making wine—no matter how small the activity is—is the happiness of creating.

Although the happiness of making architecture is different from the happiness of making wine, the architecture that we have made is quite modest compared to the large-scale architecture that is being built as a result of redevelopment in big cities today. For me, living in Tokyo, these buildings that are being created by redevelopment do not seem to be buildings that make people happy, and I am sure that I am not the only one who feels this way.

I want to continue creating architecture that makes people feel happy, however small or modest the scale is. When I create architecture, it is my dream to achieve a society filled with people smiling with happiness, and we might be able to call a society that is filled with such architecture—a utopia.

On the other hand, whether it is through making wine or reopening Home-for-All on Omishima, I would like to continue challenging and working towards my dream of making Omishima the most livable island in Japan. To me, this is “another utopia”.