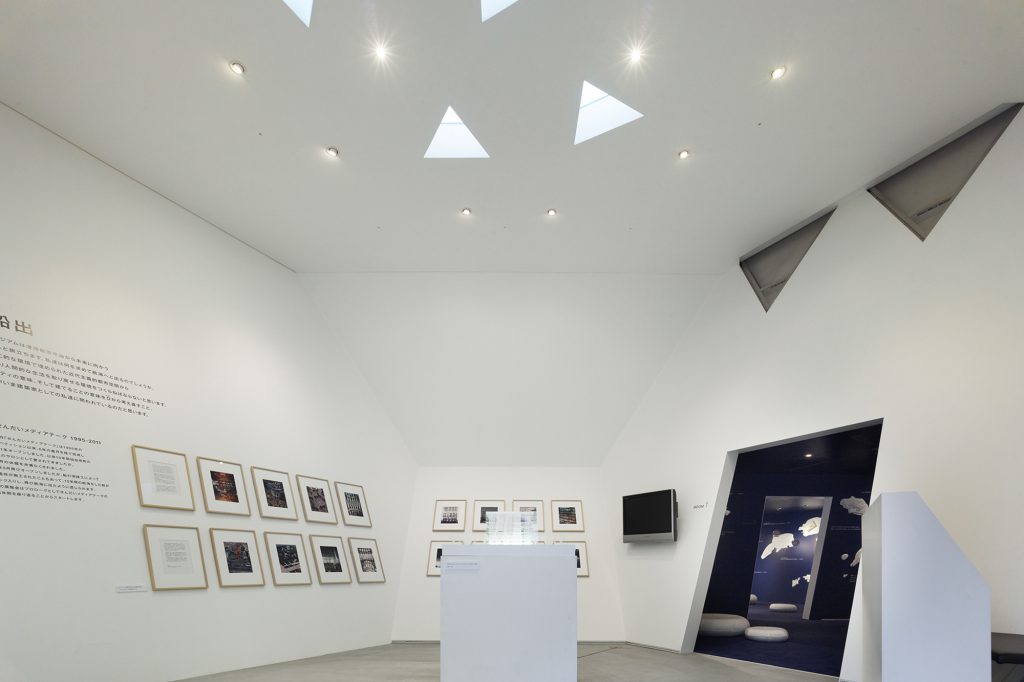 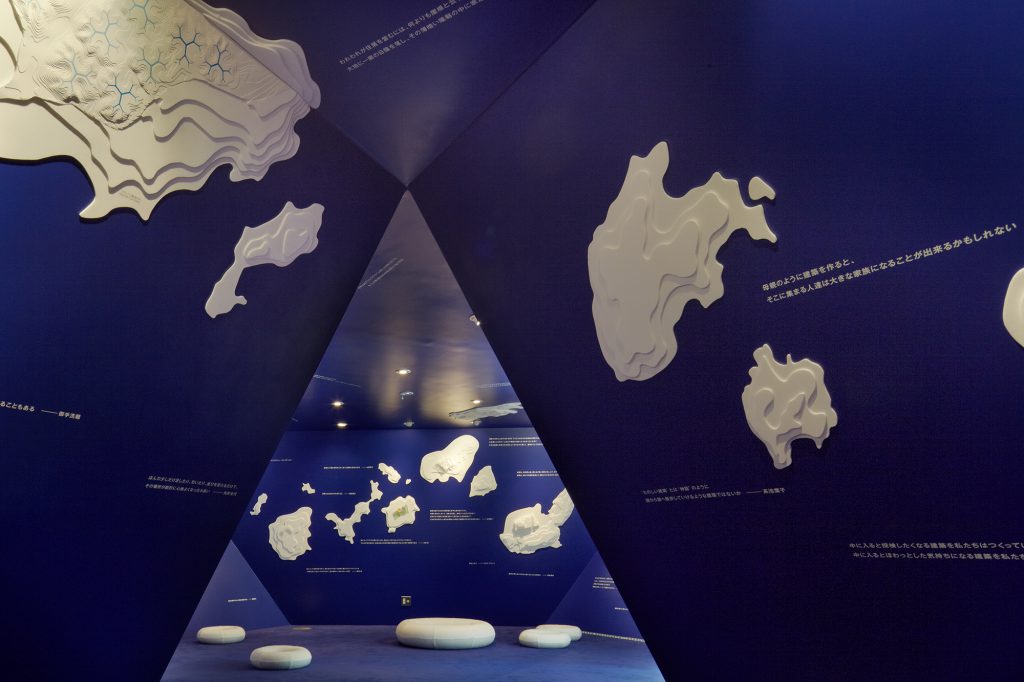 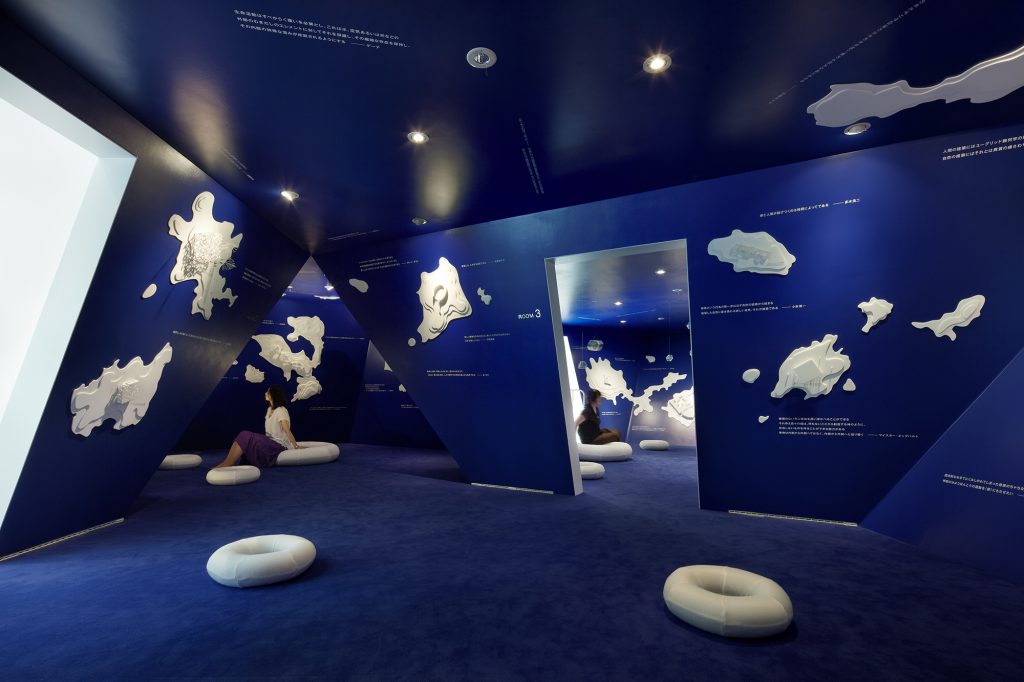 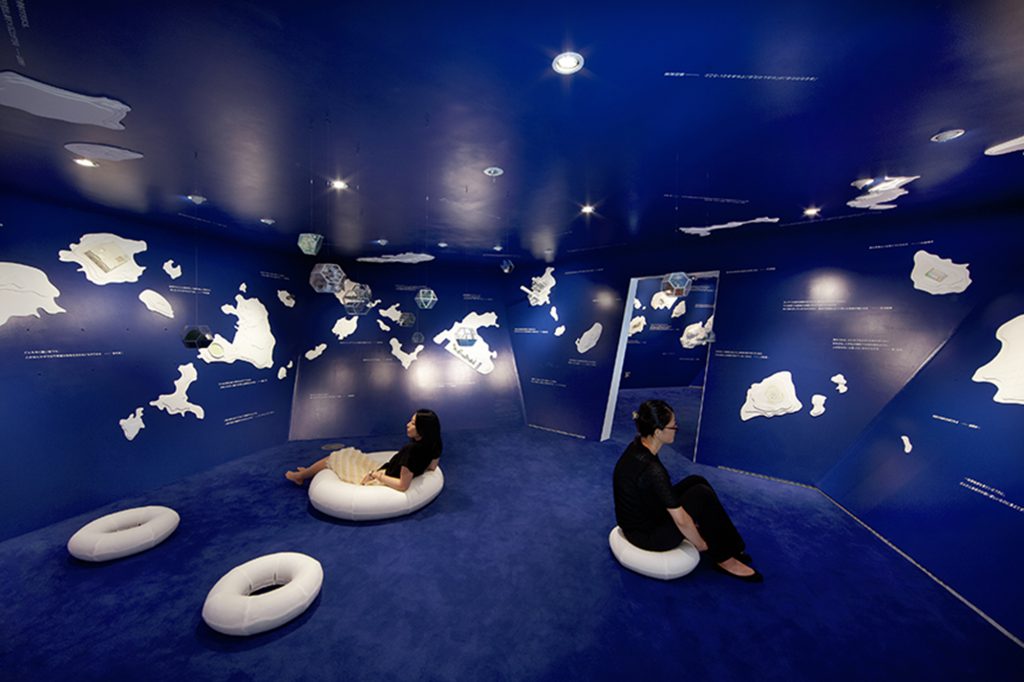 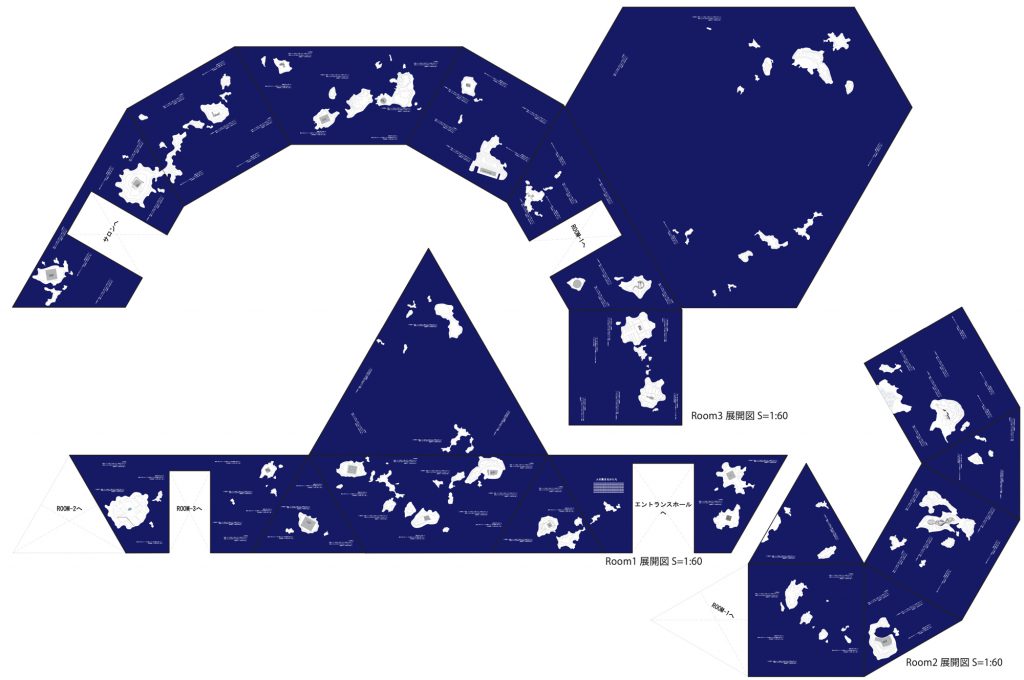 Built to resemble a ship’s deck and carrying a cargo of dreams of architecture for the future, the Toyo Ito Museum has set sail from the port city of Imabari on a new voyage of discovery.

The Great Eastern Japan Earthquake of March 11, 2011, which struck just before the opening of the museum, has forced us to question our assumptions about the relationship between nature, cities and architecture. We must take the opportunity this crisis has provided us to reset those assumptions to zero and reconsider what it means to build, to dwell, to create communities.

The Toyo Ito Architecture Museum in Imabari is the first museum in Japan dedicated to the work of an individual architect. The museum overlooks the Seto Inland Sea on the island of Omishima, part of the city of Imabari. The exterior of the building is covered with steel sheeting and is shaped like the deck of a ship.

Construction of the museum was nearly complete when the Great Eastern Japan Earthquake struck on March 11, 2011, devastating vast areas of the country to the northeast. Confronted by the reality of entire towns and villages wiped off the map by the tsunami or abandoned in the wake of the nuclear plant crisis in Fukushima, we have been forced to reexamine the blind faith in technology upon which we built our communities, our economy and our society. The same applies to our approach to architecture and city planning: in the wake of these disasters, we must reset our views on how to build cities and buildings back to zero, and start over again.

In light of the circumstances surrounding the birth of the Ito Museum, we have titled our opening exhibition A see-worthy vessel. Like a ship embarking from the port city of Imabari with a cargo of dreams of architecture for the future, the museum is setting sail on a new voyage into the unknown.

In the course of our work of designing public structures in Japan and overseas, we have created a variety of “forms” for the spaces where people gather. Whether the venue in question is for viewing a play, hearing a concert, reading a book, or mourning the dead, we have always sought to create spaces that set the mind and heart at ease. Through trial and error, we have searched for forms that soothe the spirit, that liberate and relax people as if they were communing with nature, even within the confines of a building.

We would like this exhibition to not only introduce the work we have done so far, but also explore the fundamental meaning of architecture as the “form” given to gatherings of people. We want it to tell the story of an ongoing voyage — our ports of call the many and varied architectural works to be seen on this small archipelago.

In the disaster areas of northeastern Japan, whether in evacuation centers or outside temporary shelters, we see people gathered together, laughing and smiling as they share meals or attend small concerts. What we see in these gatherings of people smiling in the most extreme of circumstances is the purest, most primitive form of community. This is where architecture began: in the effort to give shape to spaces such as these.

My colleagues and I have launched a campaign to build structures providing this most primordial of functions in the disaster zones. We call this type of architecture “everyone’s house.” The structures are only about the size of a living room and can be erected in a corner of a temporary housing area. Though small, they are places to rest the spirit, where people of all ages — from the very young to the elderly — can gather to eat and drink together, to chat, to read, to exchange messages.

The March 11 earthquake also damaged what is perhaps our best-known work, the Sendai Mediatheque, causing some of the ceilings to collapse and forcing us to close the facility for two months. The disaster occurred just after we had celebrated the tenth anniversary of the building, which opened in 2001.

The Sendai Mediatheque is a multipurpose facility that includes a library, a theater, and gallery, workshop and studio spaces for public use. In the decade since it opened, it has become a favorite gathering spot for the citizens of Sendai. It is truly “everyone’s house” because it serves as a place of rest and relaxation for people of all ages and walks of life — children, students, housewives, retirees — who come there to meet and chat, with no particular purpose in mind.

Like the Ito Museum, the Sendai Mediatheque makes ample use of steel sheeting — in fact, much of the construction work on the steel frame was done by ship welders from a factory in Kesennuma, one of the coastal cities hit hardest by the tsunami. In this sense the Mediatheque, too, has its ship-like aspects. After a ten-year voyage the Mediatheque was temporarily placed in drydock, but now it is setting sail once again, ready to serve anew as a vessel for everyone.

With “A New Launching,” the Toyo Ito Architecture Museum in Imabari is embarking on its own voyage, carrying a cargo of architectural visions: of buildings and cities everywhere, past, present and future. 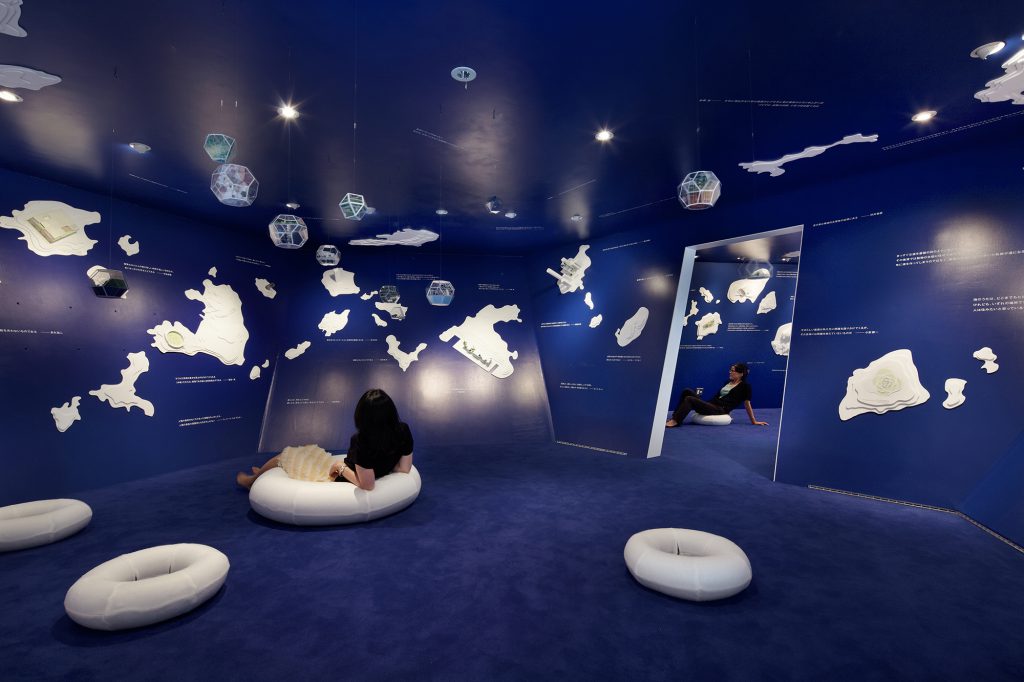 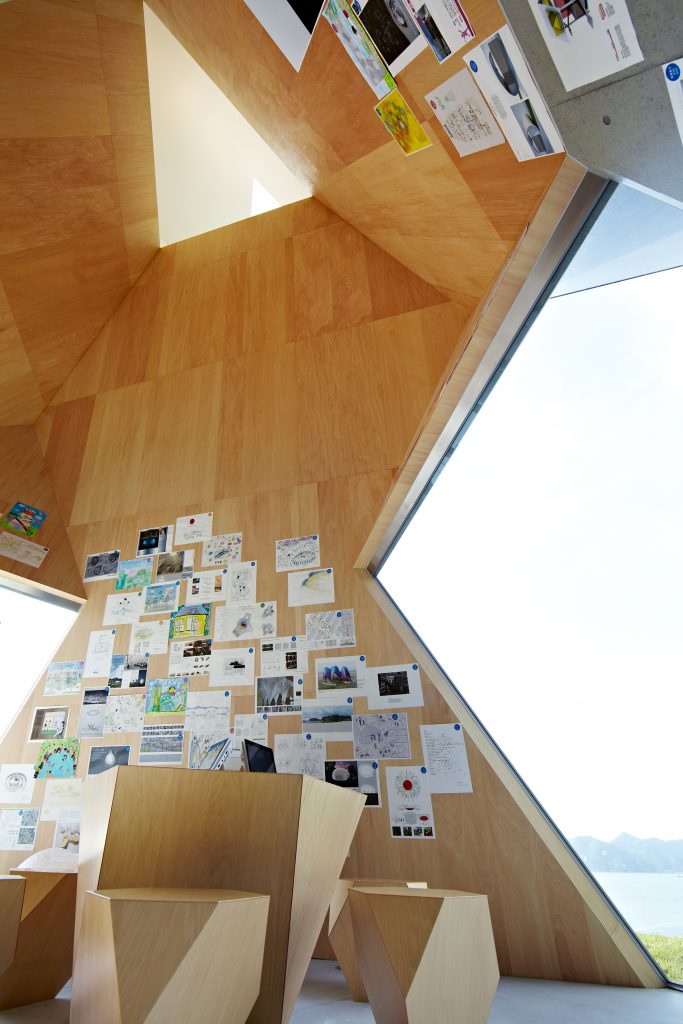 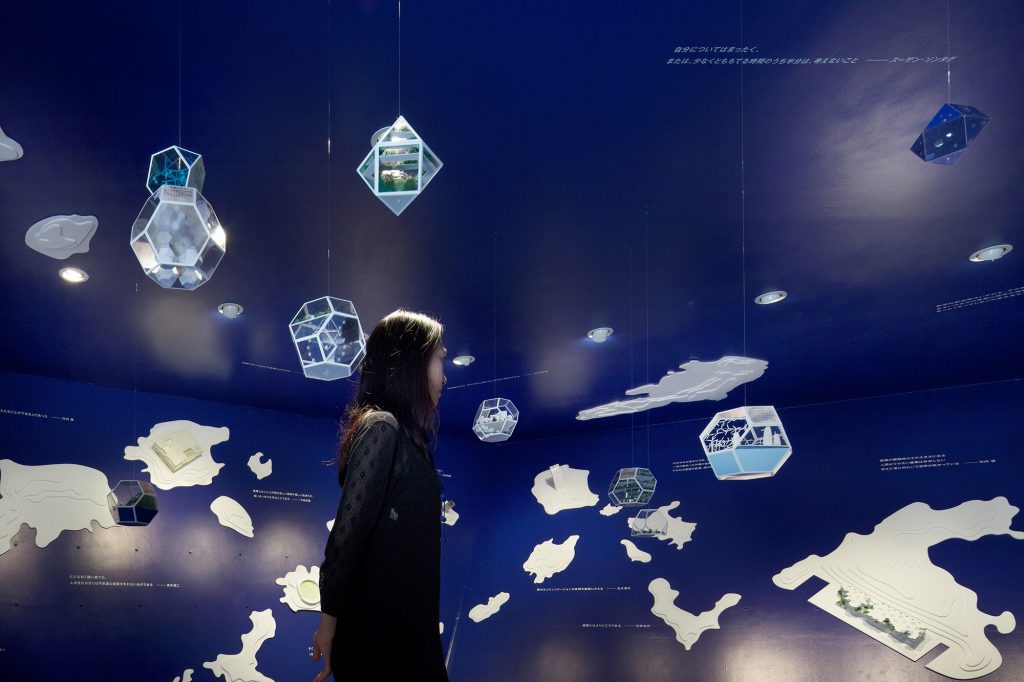 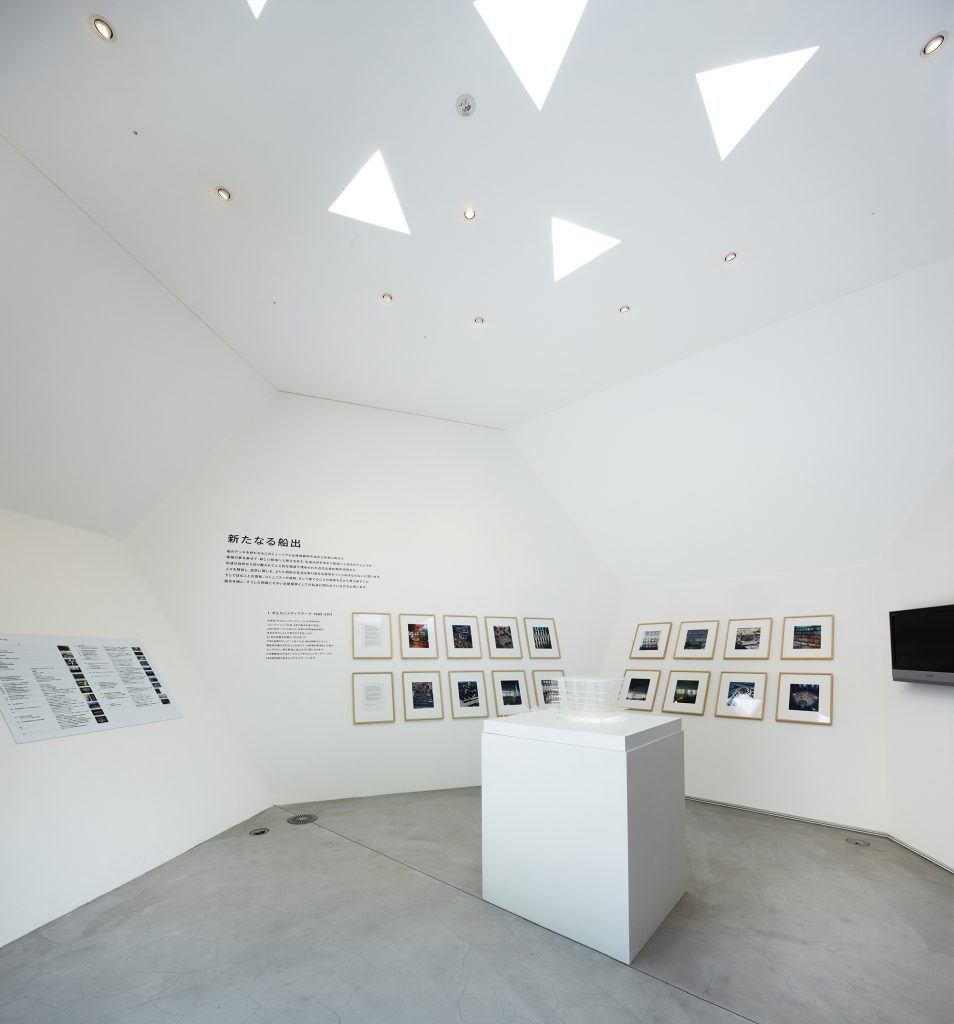